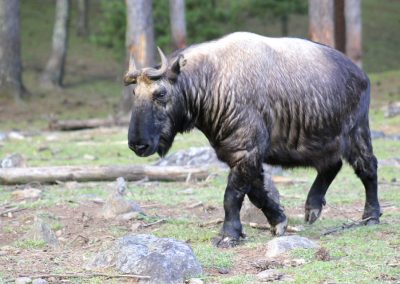 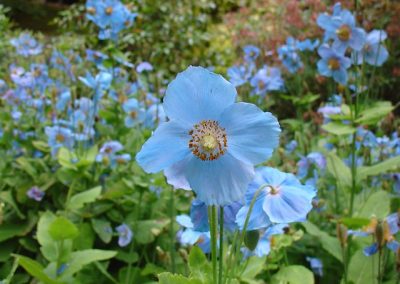 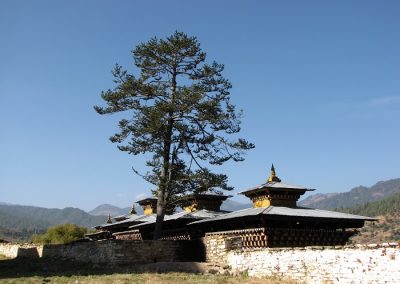 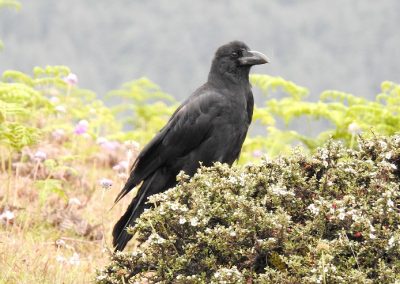 The Kingdom of Bhutan is a small landlocked country located in the southern foothills of the Himalayan mountain range, sandwiched between the People’s Republic of China in the north and the Republic of India in the south.

The climate in Bhutan is extremely varied, which can be attributed to two main factors-the vast differences in altitude present in the country and the influence of North Indian monsoons.

Bhutan has four distinct seasons in a year.

The Indian summer monsoon begins from late-June through July to late-September and is mostly confined to the southern border region of Bhutan. These rains bring between 60 and 90 percent of the western region’s rainfall. Annual precipitation ranges widely in various parts of the country. In the Northern border towards Tibet, the region gets about forty millimeters of precipitation a year which is primarily snow. In the temperate central regions, a yearly average of around 1,000 millimeters is more common, and 7,800 millimeters per year has been registered at some locations in the humid, subtropical south, ensuring the thick tropical forest, or savanna.

Bhutan’s generally dry spring starts in early March and lasts until mid-April. Summer weather commences in mid-April with occasional showers and continues to late June. The heavier summer rains last from late June through late September which are more monsoonal along the southwest border.

Autumn, from late September or early October to late November, follows the rainy season. It is characterized by bright, sunny days and some early snowfalls at higher elevations.

From late November until March, winter sets in, with frost throughout much of the country and snowfall common above elevations of 3,000 meters. The winter northeast monsoon brings gale-force winds at the highest altitudes through high mountain passes, giving Bhutan its name – Drukyul, which means Land of the Thunder Dragon in Dzongkha (the native language).

The country came to be known as Druk Yul or The Land of the Drukpas sometime in the 17th century. The name refers to the Drukpa sect of Buddhism that has been the dominant religion in the region since that period.

Initially Bonism (a pre-buddhist religion of Tibet) , was the dominant religion in the region that would come to be known as Bhutan. Buddhism was introduced in the 7th century by the Tibetan King Songtsen Gampo and was further strengthened by the arrival of Guru Rimpoche, a Buddhist Master that is widely considered to be the Second Buddha.

The country was first unified in 17th century by Zhabdrung Ngawang Namgyel. After arriving in Bhutan from Tibet he consolidated his power, defeated three Tibetan invasions and established a comprehensive system of law and governance. His system of rule eroded after his death and the country fell into in-fighting and civil war between the various local rulers. This continued until the Trongsa Penlop Ugyen Wangchuck was able to gain control and with the support of the people to establish himself as Bhutan’s first hereditary King in 1907. His Majesty Ugyen Wangchuck became the first Druk Gyalpo (Dragon King) and set up the Wangchuck Dynasty that still rules today.

In 2008 Bhutan enacted its Constitution and converted to a democracy in order to better safeguard the rights of its citizens. Later in November of the same year, the current reigning 5th Druk Gyalpo Jigme Khesar Namgyel Wangchuck was crowned.

The kingdom of Bhutan lies deep in the eastern Himalayas. It is surrounded by the Tibet Autonomous Region (TAR) of China to the north, and the Indian territories of Assam and West Bengal to the south, Arunachal Pradesh to the east and Sikkim to the west. The tiny landlocked kingdom has a total area of 46,500 km² and spreads between meridians 89°E and 93°E, and latitudes 27°N and 29°N.

The altitude zones of Bhutan

The relief of Bhutan can be divided into three altitude zones, namely, the the Greater Himalayas of the north, the hills and valleys of the the Inner Himalayas, and the foothills and plains of the Sub-Himalayan Foothills.

The towering Himalayan mountains of Bhutan dominate the north of the country, where peaks can easily reach 7,000 metres (22,966 ft) above the sea level. Some of the best known peaks are Jiwuchudrakey and Jumo Lhari. Permanent snow, glaciers and barren rocks form the main features of this zone. These snowy, glacial high lands are the sources for many of the rivers of Bhutan. At a little higher altitude, you will reach the tree line, the point where the vegetation changes from forest into small bushes of juniper and rhododendrons.

Rising continuously from the lower foothills  to a height of about 4000 metres, the valleys of different heights and topography makes the country an ideal place for both native people and tourists within the mainland of Bhutan. The valleys of Bhutan are traversed by the country’s five major river systems and their tributaries which ultimately drain to the Brahmaputra River in India. The valleys are linked by a series of passes (called “La” in Dzongkha, the national language of Bhutan). Between the Haa valley and Paro valley is the Chele La (3,780 metres (12,402 ft), the highest pass crossed by a Bhutanese highway. The Lateral Road from Thimphu to Punakha crosses the Dochu La (3,116 metres (10,223 ft)), which features 108 chortens (stupas) built to commemorate the expulsion of Assamese guerrillas. To the east of Wangdue Phodrang is the Pele La (3,390 metres (11,122 ft)). Continuing to the east along the main highway, other major passes include the Yotang La, Thrumshing La and Kori La (2,298 metres (7,539 ft).

The vegetation in this zone is a mixture of broad-leaved and coniferous forest.

Stretched along the southern border of the country, the Duar Plain drops sharply away from the Himalayas into the large tracts of sub-tropical forest, grasslands and bamboo jungle. The altitude of the southern foothills ranges from about 200 metres at the lowest point to 2000 metres. This zone is rich in dense and sub-tropical vegetation.

Bhutanese people can be generally categorized into three main ethnic groups. The Tshanglas, Ngalops and the Lhotshampas.

Tshanglas: The Tshanglas or the Sharchops as they are commonly known as, are considered the aboriginal inhabitants of eastern Bhutan. According to historians, Tshanglas are the descendants of Lord Brahma and speak Tshanglakha. They are commonly inhabitants of the eastern part of the country. Weaving is a popular occupation among their women and they produce beautiful fabrics mainly of silk and raw silk.

Ngalops: The Ngalops who have settled mostly in the six regions of western Bhutan are of Tibetan origin. They speak Ngalopkha, a polished version of Dzongkha, the national language of Bhutan. Agriculture is their main livelihood. They cultivate cereals such as rice, wheat, barley and maize along with a variety of other crops. They are known for Lozeys, or ornamental speech and for Zheys, dances that are unique to the Ngalops.

Lhotshampas: The Lhotshampas have settled in the southern foothills of the country. They speak Lhotshamkha (Nepali) and practice Hinduism. Their society can be broken into various lineages such as the Bhawans, Chhetris, Rai’s, Limbus, Tamangs, Gurungs, and the Lepchas. Nowadays they are mainly employed in agriculture and cultivate cash crops like ginger, cardamom and oranges.

The other minority groups are the Bumthaps and the Khengpas of Central Bhutan, the Kurtoeps in Lhuentse, the Brokpas and the Bramis of Merak and Sakteng in eastern Bhutan, the Doyas of Samtse and finally the Monpas of Rukha villages in WangduePhodrang. Together the multiethnic Bhutanese population number just over 700,000.